Arrr me hearties, it be international pirate day... 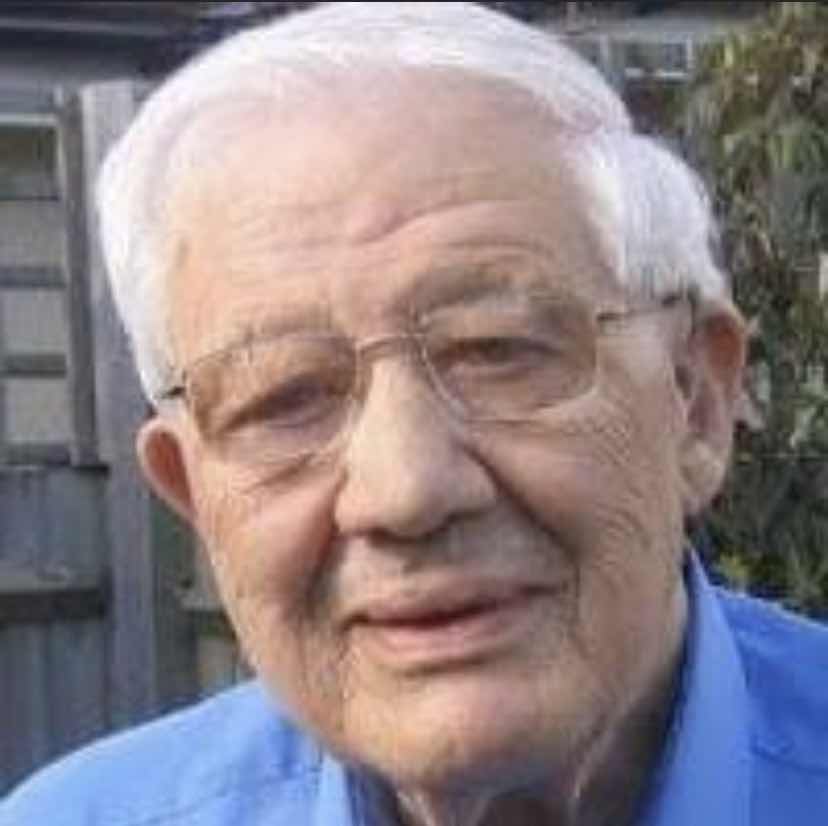 Today would have been my Grandad’s 100th birthday. Unfortunately he never made it through the century and the excitement of receiving a birthday wish from Her Majesty Queen Elizabeth II. My grandad died at the notable age of 92 back in May 2013.  I’m not sure what Harry Maurice Eve would have made of the last 6 months, his generation had lived through much worse times than we are currently enduring but I’m sure the lockdowns and social distancing would have irritated him.  So this Blog today is dedicated to a man who quite literally I wouldn’t be here without and who is missed by all who knew him.  My Grandad shares his birthday with an international awareness day. The 19th September is International Talk like a Pirate Day!  In a world which is often so serious this day can add the suggestion of some levity.  This day was the brainchild of two Albany, Oregan gentlemen called Mark Summers and John Baur. The story goes that whilst playing racquetball in 1995 one of them exclaimed ‘arrrrh
1 comment
Read more 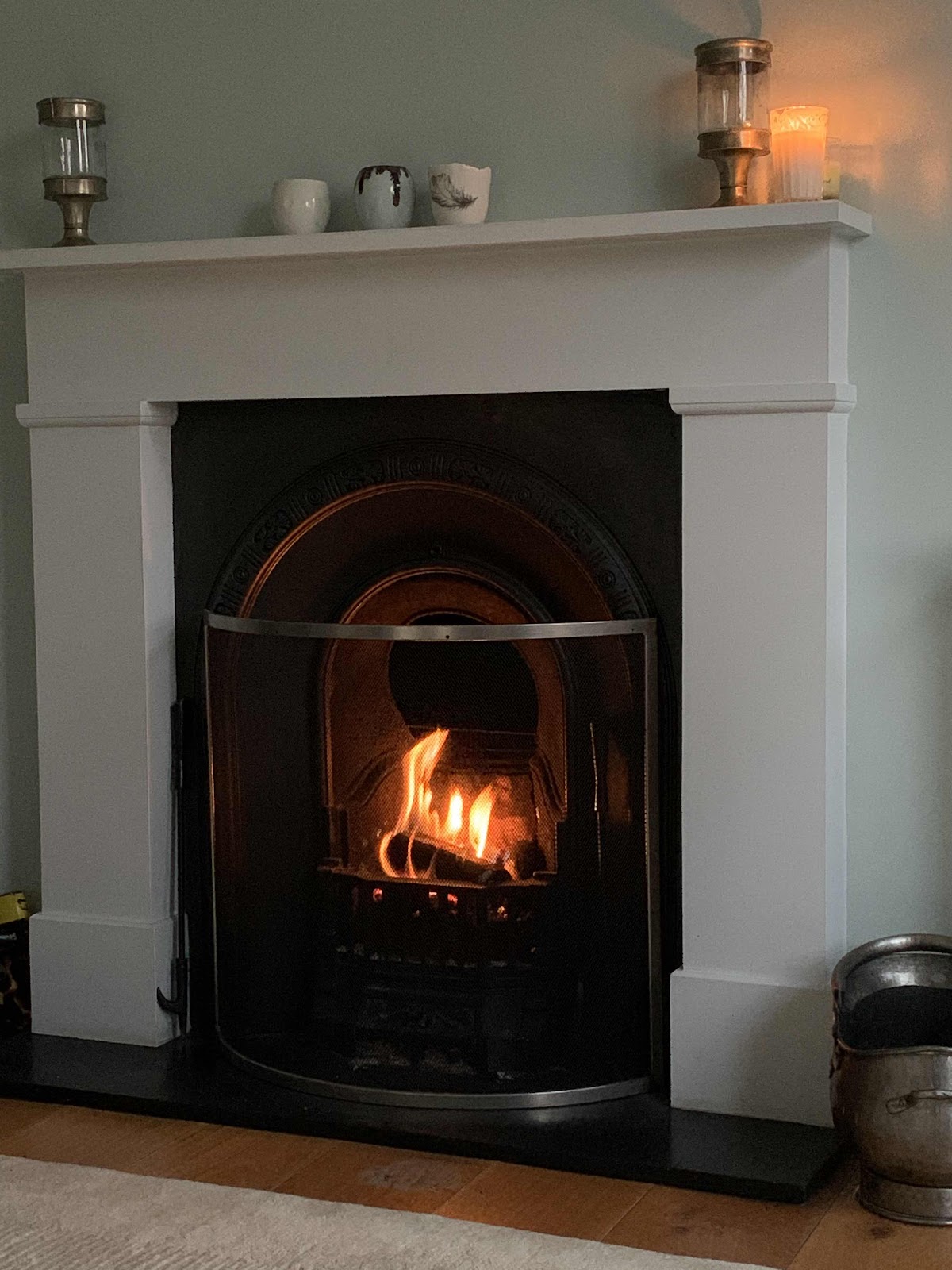 It is now over two months since the summer solstice, June 20th. Now all of a sudden we seem to have sped through the summer and are just about to screech into September.  The scorching hot days, the late night swim in the English Channel, the fast melting ice cream cones and the sunburnt neck all seem to be a distant memory. Waking up this morning the heating (the thermostat turned right down) kicked in with the gentle whumph of the boiler ignition. I’m not sure if whumph is a word but it is exactly like the onomatopoeic word for my boiler.  Just like the start of Mary Poppins the wind has changed, there is a chill about the place. Autumn is fast taking the place of Summer. As the children prepare to go back to school Christmas suddenly doesn’t feel that far away.  There are many other signs of the seasonal change, apples fallen from the branches, conkers exploding from their casings under the horse chestnut trees, the worm-casts on the lawn in the softer ground and the first sight of
Post a comment
Read more

We Are All Already Time Travellers 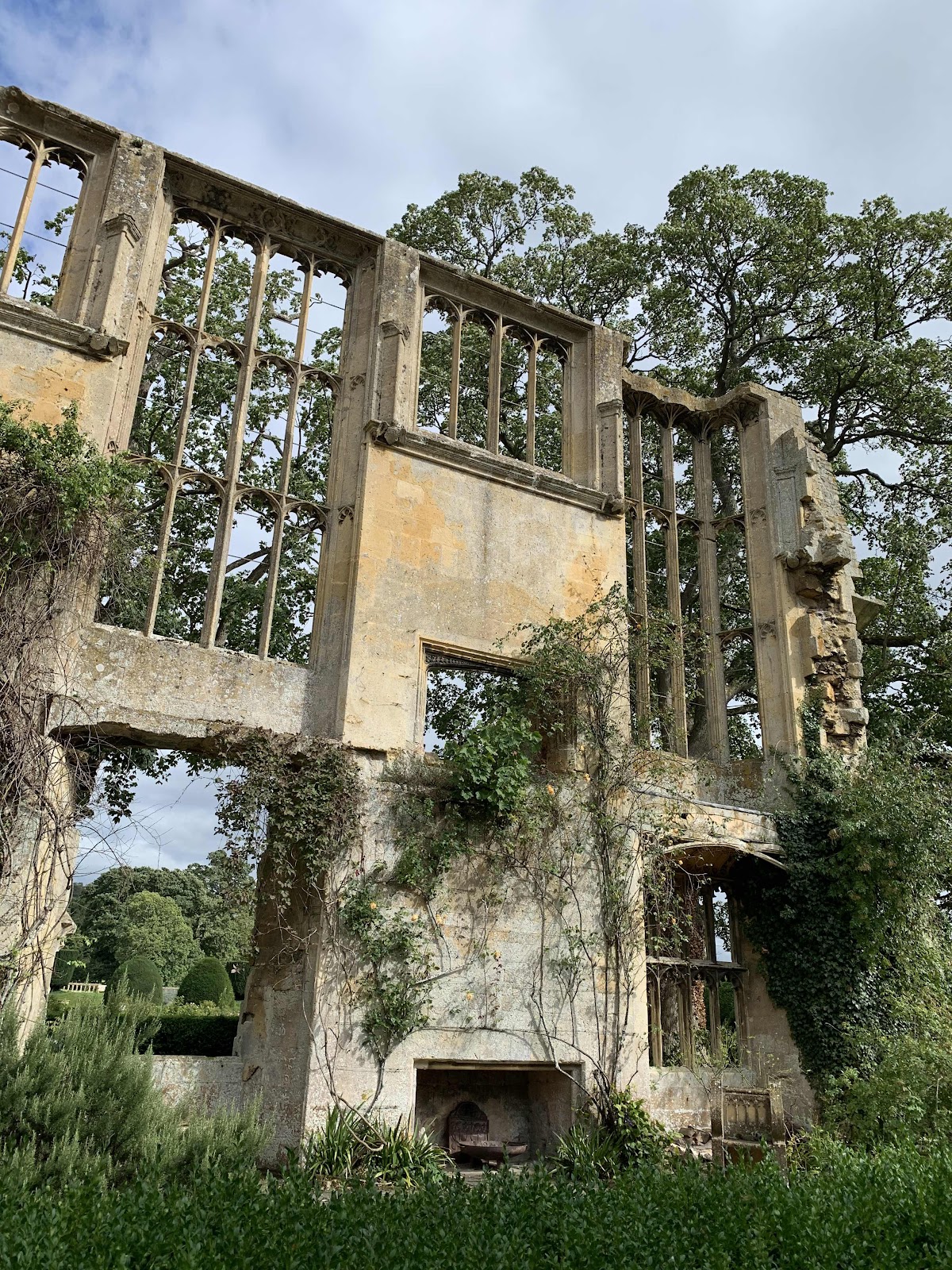 I have been fascinated by time travel ever since watching Back to the Future when I was young. I always wondered what it would be like to go back in time, to see how buildings, towns and cities looked in the past, to smell the smells and experience the lives of the people living in the same space but a different time.  Of course as a kid I also watched Dr Who and although when he, now she, travels in the TARDIS this never really felt like pure time travel, as the Doctor also moved about in space visiting different planets, except during the reign of Jon Pertwee, where perhaps the lack of a BBC budget marooned him on planet Earth in a yellow car called Bessie.  No, I was more interested in how time affected one place. Perhaps the best example of this is in the 1960’s classic film telling of H.G. Wells The Time Machine, where George travels in time from his Victorian conservatory workshop through the First and Second World War’s watching as the local London scene changes ravaged by time.
Post a comment
Read more 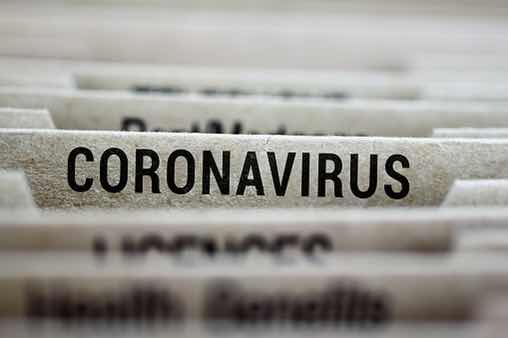 I was talking to my son the other day about how big world events often have some lasting legacy and change peoples lives in small insignificant ways and sometimes more substantially. As time moves by and one generation becomes the next these changes become ingrained in the day to day world. They become the ‘new normal’.  My son was born after the attack on the Twin Towers in New York, on that day as I along with millions across the globe watched the shocking scenes of these man-made Goliath's falling to the ground people could feel in their bones that this event would change the world. And so it did. To my son’s generation this is just how the world is.  Trying to explain to my kids how the world was before one of the most influential inventions, the internet, is a futile. How can they even imagine how normal life could carry on when the internet and all its magic is so ingrained in their lives.  As we are all painfully aware we are living through one of those moments in human hist
Post a comment
Read more 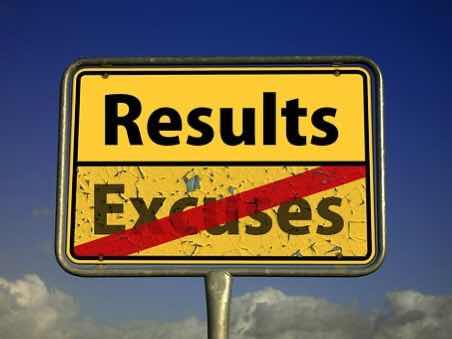 It’s been a few days since my last blog when I wrote about the issues relating to using data and statistics and as a result anomalies in the patterns will always be present. Yet in the case of the statistical algorithm used to determine the exam grades the outliers were individuals with hopes, dreams and aspirations. Young influential people starting out in life not statistical anomalies.  These ‘outliers’ have made their voices clear over the last week and as they have it has become apparent to all that perhaps they were not outliers after all, instead they were the norm. It appears after analysis of the results, by people much more qualified than myself, that a significant number of students have been treated unfairly compared to other groups.  Due to the nature of how this algorithm works it appears to have favoured private selective schools due to small group sizes and stable historical results. Schools and colleges with larger teaching groups and more ‘volatile’ past cohort result
Post a comment
Read more

8 out of 10 cats...believe statistical modelling should be treated with caution. 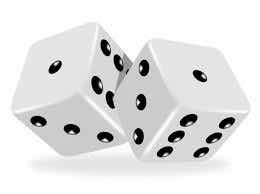 Over the last months throughout the pandemic we have heard a lot about statistics and statistical modelling. Statistical results are often held up to be absolute and are often reported in the media without the levels of uncertainty that naturally accompany them.  A good example of this was the statistic being banded around that bald men were more likely to become hospitalised with Covid-19 than men with a full head of hair. This would have caused a degree of alarm for the follicly challenged members of the population. It would suggest that there is a causal link between hairloss and Covid-19. Now perhaps there is I have not accessed the original information from where this came perhaps to do with male hormones?. However it is more likely that this is just a correlation and that the cause is age. Older men are more likely to have complications with the virus and statistically more older men are bald compared to their younger counterparts. Notice that I used the term statistically in my
Post a comment
Read more 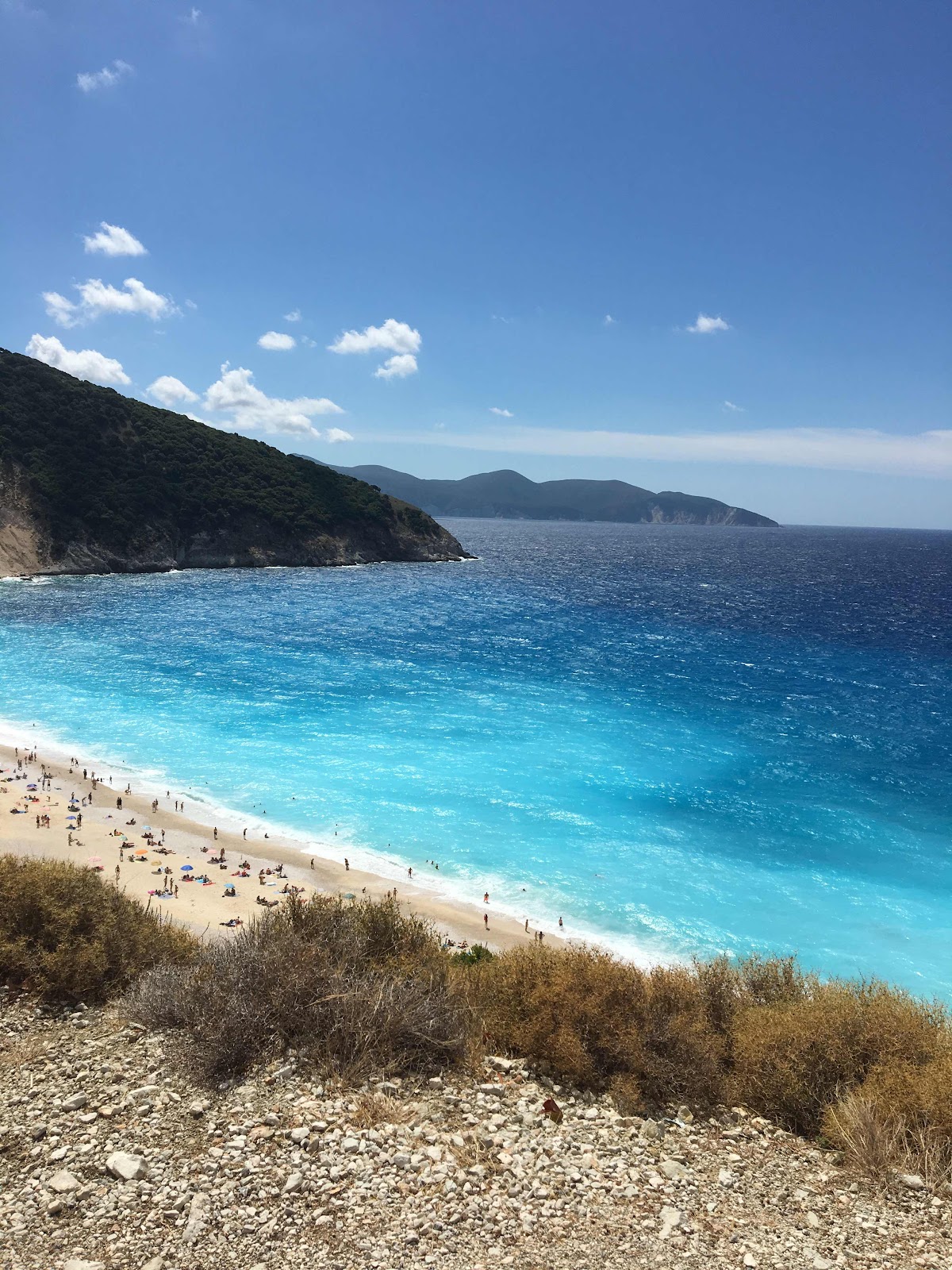 As I write these words today I am reflecting on the fact that Ed and his Vogers should have been returning from a holiday on the Greek Island of Kefalonia. If you haven’t been then this island is a must, it is still fairly quiet and undisturbed by the party atmosphere that can inhabit those parts of the world. The food everywhere is deliciously simple, fresh and homemade. I have never found grilled sea bass better anywhere else I have eaten it. The pace of life is relaxed and good service can be found everywhere.  The real gem regarding this particular Ionian island is its coastline.  You can find a beach to suit every member of the family from gentle shallow warm waters to the crashing coastline of one of the top 10 beaches in the world.  It is a place that you can see I hold dearly in my heart. This year was to not be. Even though as a family we were the most organised we could have been in this post-pandemic era our holiday had to go by the wayside. Of course in hindsight we would h
Post a comment
Read more
More posts

Ed Vogue
Life can be complicated and the path you think you are on can suddenly change. Follow your heart and things will work out for the best.